November was quite a busy month for me.  Each year life sort of takes on a roller coaster effect for a few weeks every November as I lead our ladies ministries into a very successful fundraiser ministry we are involved in.  This is then followed by the holidays.  Which, of course is probably not much different then others, but still can place quite a hectic spin on things.

Though I haven’t posted anything since my first article written back in October, this morning I have woken up with a specific thought on my mind.  I would like to share it with anyone interested in reading it.  I am going to be a bit transparent today as I share a little story that happened to me personally.  It is intended to be a help to any who may need the application that I write about.

I don’t think of myself as an extremely knowledgeable scholar of the Word of God, like many others  who could explain things much deeper than I can.  I do however believe that God gives us experiences that can be shared to help others who may be struggling or going through a difficulty.

The Bible tells us that we wrestle not against flesh and blood.  (Ephesians 6:12)  Several years ago now, when I was pregnant with one of our girls on one particular Sunday morning, my husband and I had just arrived home from a really good church service.  He laid down on the couch to get some rest while it was decided that I would go back into town to get some food for us to eat.  I can not remember what caused me to be angry with him, but I do remember what I felt like.

…It was one of those moments when he was playing it cool, lying there on the couch, seeming to completely ignore what I had to say…maybe you can relate (smile).  We all probably have experienced this at some point when one spouse or the other just doesn’t seem to be inclined to care to listen. (smile)  Back to the story though, as I stood in our living room, I remember that rather suddenly an anger like I have never felt before came over me.   For clarification, I did not act upon it, physically nor verbally, but in my heart I was suddenly raging.  I am being very transparent when I say that I actually felt like grabbing something hard to hit him with.

Please, please, don’t interpret this the wrong way.  The Lord has blessed me with a very good husband and I love him.  I have never, and by the grace of God will never, do such a thing.  I am just describing the emotions I was experiencing in this moment. Chock it up to pregnancy hormones if you will, but the crazy emotions were there none the less.  (By the way, just so you know, he had no idea I was feeling this way).  In my own way though, I stormed out of the house and took off in our mini van for some fast food to feed my family.

Side Note:  Those reading this who know me personally are possibly shocked that I could ever feel this way, but I will be the first to admit I am just as much human nature as the next person.  If this is too transparent for some, I apologize, but if you can stick with me, there is a method for my story, and more importantly a spiritual application that I want to bring out.  If we are honest with ourselves we’ve probably all been here at some point in our life.

The storm brewing inside of me was still swirling around like a tornado, building the longer I thought on it.  My mind and heart were fighting a battle.  At first, I did not stop for food, I just continued driving aimlessly down the road.  At that moment I really did not feel like going back home.  So, what did I do?  Well, I can tell you I didn’t get on the phone or social media to vent to my mom or closest friends.  Instead, I began to pray.  Prayer really is so important.  It is our connection to our heavenly Father who can really help us through any situation.

It wasn’t too much longer before I turned the van around and drove back towards a fast food establishment.  On the drive back in the direction I had come from, I was still in prayer when traffic began to slow down at the intersection as we came to a stoplight.  In doing so, for some reason I took notice of a white truck, about the size of a suburban.  It was to the right just ahead of me.  As my eyes glanced over the license plate I read the word, LUCIFER.  No joke or pun intended.  If nothing could have screamed out louder than that, I don’t know what else would have.

As my eyes glanced over the license plate I read the word, LUCIFER.

At that very moment I knew I was not in a war with my husband, but with Satan himself.  I had opened myself up to anger and he was having a hay-day tormenting my thoughts.  I Corinthians 14:33 tells us that God is not the author of confusion.  Ephesians 4:25-27 tells us to be angry and sin not and to not give place to the devil.  If I had recognized that those angry thoughts and feelings from the very beginning had been from satan himself and rebuked him before I left home, I would have caused myself much less grief.  Fortunately, I had not acted upon them back at home.  I am sharing this personal story though so you can perceive a better understanding of what I am about to write.

Daily we face a battle, yet so often we allow it to become a fight with each other, when in actuality it is the enemy who is at the very core of it.  Satan would have our relationships with people around us in turmoil, and distress.  Taking it out on each other instead of taking authority over the source of the matter.  This only feeds the enemy with more leverage to have control over us.  If we give ourselves into the little frustrations of everyday life, we can possibly open ourselves to his tactics.  He then can feed our thoughts with anger, bitterness, and hatred; and the more we listen and act upon them the more he has a good time.  If he can keep us constantly looking at each others faults and pointing blame all he has to do is sit back and watch the show.  This is one of the way’s he can keep the saint of God and church from having victory and revival.  If he can get us to stay angry at each other and hold grudges he wins.

“…It is time for the church to roar back!”

The Bible tells us though, that we overcome by the blood of the Lamb and the word of our testimony.  (Revelation 12:11)   If only we would recognize this is a spiritual battle we are fighting and not one with each other.  We would see that it is actually the adversary whom is out to destroy our soul, that we are at war with.  Scripture tells us, “Satan is as a roaring lion seeking whom he may devour.” (I Peter 5:8)  I will tell you, he is great at imitating, but my Bible also tells me, Jesus, is the Lion of Judah.  (Revelation 5:5)  He is the genuine lion.  My pastor recently made the declaration, “It is time for the church to roar back!”

Satan is out to intimidate, but isn’t it time that we, the children of God, who possess the very power of the Almighty through the Holy Ghost which is his gift that he has given us, begin to declare war through prayer and be the ones who stand up and intimidate him!  He would like nothing more than to destroy our relationships with people, yet we could nip each fight in the bud with a prayer of deliverance to rebuke the enemy before he even had a chance.  He has no business controlling our minds with thoughts that are not godly.

For we wrestle not against flesh and blood, but against principalities, against powers, against the rulers of the darkness of this world, against spiritual wickedness in high places.  (Ephesians 6:12)

On our own we don’t stand a chance, but when we take someone BIG with us into the battle, (as one young preacher just a few months ago in my congregation declared) our enemy doesn’t stand a chance.  God has given us the Holy Ghost to overcome self, fear, and many other things.

For God hath not given us the spirit of fear; but of power, and of love, and of a sound mind.  (II Timothy 1:7)

Through Christ, we have the ability and power to resist the devil and the Bible tells us he will flee, when we submit ourselves to God.  (James 4:7)  God living inside of us is our power source to having peace among ourselves.  This is just one of the perks to living for God.

Now, please don’t walk away from this and think that every disagreement is from the enemy.  We are flesh and as long as we are on this earth we will be dealing with our flesh.  I am also not saying we will not disagree with others.  What I am saying, is that God does not want us to fight among ourselves, but to be peacemakers and work things out.  Sure, this can be easier said than done sometimes, and it takes some hard work and guidance from the Word of God, and even direction from the spiritual authority in our life.  We also can not give up, we’ve come too far to stop living this christian walk now.  If we will stay prayed up and keep connected with God everyday, when these situations arise; as life will hand us some rounds in the ring, we will be over-comers in Christ Jesus and have victory over the attacks of the enemy! 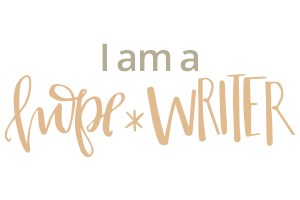